I and other Party leaders have learned that our County Recorder and her staff experienced treatment by Supervisors’ Chair Bronson that was demeaning and hurtful. The fact that Ms. Bronson was a White woman demeaning an Indigenous woman raised the specter of racism, increasing the pain. We have reviewed videos of the meetings in which the behavior in question occurred. As Democrats, we are committed to our bedrock value that all people, no matter who we are, our color or race or where we come from, have the human right to be treated with respect. In violating that principle, Chairwoman Bronson’s behavior, whether racially, politically, or personally motivated, is unacceptable.

Chairwoman Bronson’s treatment of Recorder Cázares-Kelly was extensively discussed at two successive Executive Committee meetings of the Pima County Democratic Party. The Committee authorized me on April 4, 2022, to write to the Board of Supervisors to express our anger, dismay, and disappointment with this behavior, and to ask the Chairwoman to comply with the standards of appropriate conduct found in the Pima County Ethics Guide which prohibits demeaning employees.

We call upon the Board of Supervisors to support the Recorder and hold Ms. Bronson accountable for her behavior. We urge you to take appropriate and corrective actions to repair the injury caused to public confidence in Recorder Cázares-Kelly, her department, the Pima County government, and especially those in our diverse community who aspire to public service.

My own view in this painful instance is that mutual respect and accountability for all parties requires speaking directly and honestly with one another and listening. To pull together as the multiracial, and multicultural community that we are, we owe this to ourselves. To demean people who are working hard to meet their responsibilities is unacceptable, especially when the sting of White Supremacy will be felt whether intended or not.

Our Recorder and her staff are doing excellent work moving us toward better voting access for all Pima County voters. I strongly suggest that we recognize this accomplishment, and give the support needed to successfully complete it. I urge that we all undertake the difficult and direct conversations needed to come together in our efforts.

copy of this letter as PDF 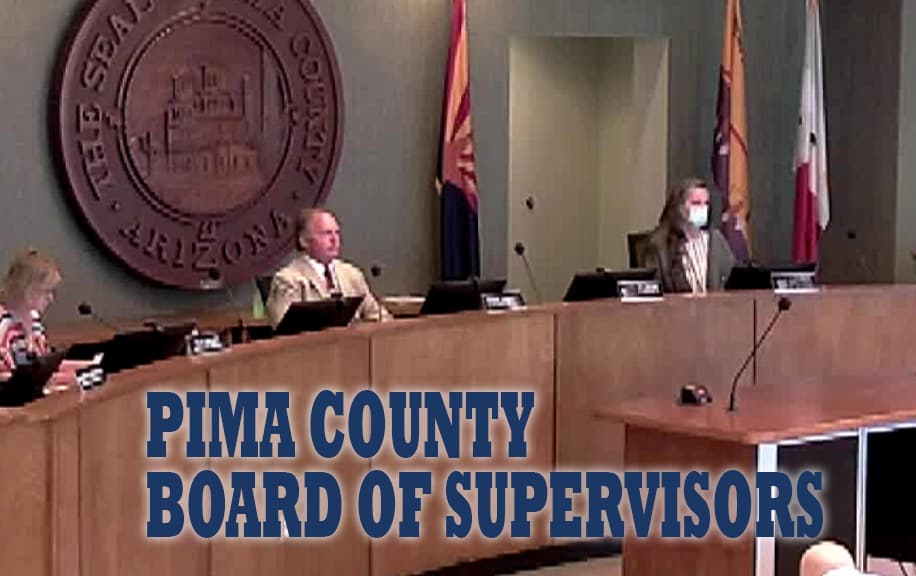 Notes from the Chair | Board of Supervisors

Every Arizona county has a Board of Supervisors (BOS). Pima County elects five supervisors every four years in partisan elections. There are no term limits. In November 2020, all five supervisor seats are contested. To locate your supervisor district check your voter ID card or the Pima County Recorder’s website.

For the past four years, the BOS’s composition has been split 3-2, with Democrats in the majority. All of the races are important, but two are of intense interest in 2020 because the demographics suggest Democrats could flip GOP districts.

In District 1, Democrat Rex Scott is our candidate for a seat that has been in Republican hands since 1976. The conservative, two-term incumbent declined to run for another term.  Scott’s opponent, Steve Spain, lands somewhere to the right of Trump and is becoming well-known for his false and inflammatory rhetoric. Scott, a career educator and school administrator, is the right person for the job.   You can check out Rex Scott’s endorsements here.

In District 4, Steve Diamond is the first Democrat to run since 1996. Steve is a progressive running to unseat one-term Supervisor Steve Christy, a conservative Republican who supports Donald Trump. Steve is a regular at the weekly BOS meetings and knows the issues. He is a tireless campaigner. You can learn more about Steve Diamond here.

Adelita Grijalva is running in District 5 for the seat left open by her friend Richard Elias’s death in March.   Ms. Grijalva currently serves on the Tucson Unified School District Governing Board, which is an unpaid, elected position. Learn more about her at her website.

Matt Heinz in District 2 prevailed over the Democratic incumbent in the primary. Heinz, a physician, is a former state legislator who has run for U.S. Congress. Learn more about him at his website.

Sharon Bronson is the Democratic incumbent in District 3. She is known for her work ethic and accessibility. Learn more about Supervisor Bronson at her website.

Even if you live in a city or town in Pima County, you also reside in a County Supervisor District. The BOS has a significant impact on your daily life. They set the county tax rate and levy primary property taxes. They adopt the county’s annual budget, which in turn funds parks, libraries, flood control measures, roads and infrastructure improvements. The BOS faces difficult budgetary decisions ahead, in the wake of the COVID-19 pandemic. We are confident that the Democratic nominees running for BOS will have the best interests of ALL Pima County residents in mind as they grapple with the unique challenges in our diverse and geographically-large border county.