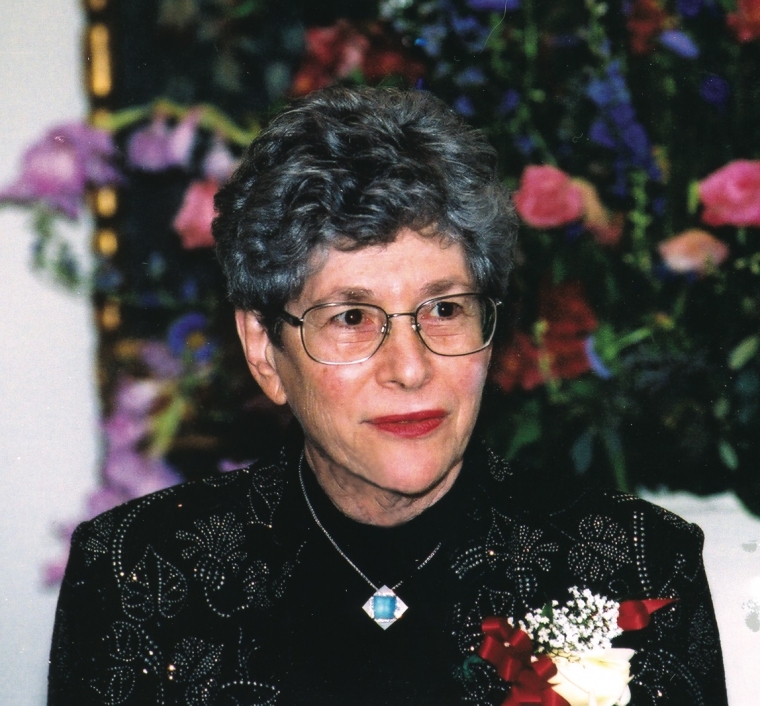 Dr. Helen S. Schaefer, a champion of arts and cultural organizations and endeavors at the University of Arizona and across Southern Arizona, as well as a prolific supporter of the Pima County Democratic Party, and the namesake of the Poetry Center‘s Helen S. Schaefer Building, died on September 1st, 2022. She was 89.

Completing her doctoral studies had long been a personal goal, not a matter of career advancement, Helen told Archive Tucson, an oral history project from University Libraries’ Special Collections.

“I just mostly did it for my satisfaction, to know that I had actually finished something,” she said. “I didn’t like leaving something undone.” 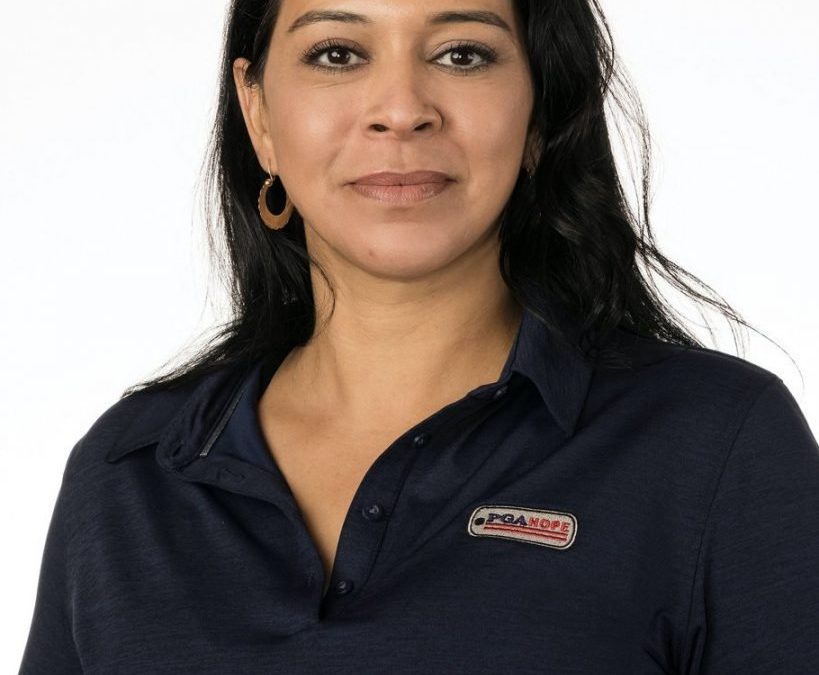 Born on September 2nd in 1978, Deborah Martinez-Garibay was killed in the line of duty on August 25th, 2022 while serving an eviction notice as a Pima County Constable. She was a wife, a mother, a daughter, a US veteran, a community organizer, and a public servant who will be forever remembered for her compassion and drive.

After 9/11, Deborah enlisted in the US army and served for 16 years. After being injured in Afghanistan, she came back to Tucson and served her fellow veterans through several programs, including PGA H.O.P.E. where she served as an ambassador. This program allowed her to combine her passion for golf and her dedication to fellow veterans by helping reintegrate at-risk veterans back into the local community. According to veteran Gordon Grant, she was ″Just a tremendous person, always thinking of others and looking toward helping others in so many different ways.” In 2019, Deborah was honored for her work and received a vehicle from the Recycled Ride program.

Her family remembers her as an outgoing, outspoken activist whose laughter “could fill an entire room and consumed her entire body.” Her life will be remembered as dedicated to the service of her country and her community, and our deepest condolences are to her friends and family for this devastating loss.

“The biggest thing that I am seeing [working as a PGA H.O.P.E. Ambassador] is more than they’re happy about learning the game of golf, they’re happy to have the social interaction with other veterans,” -Deborah Martinez-Garibay 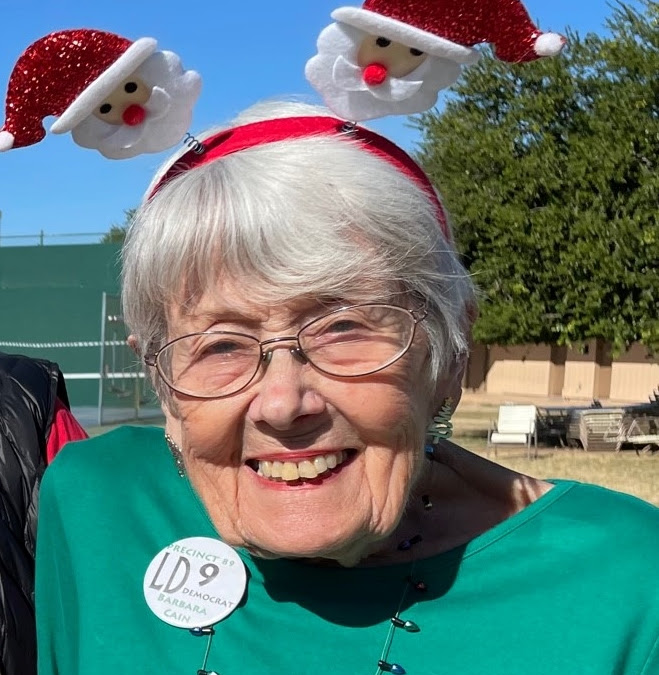 Barbara Jo Cain, political activist, friend and mentor, passed away Friday, June 3, 2022 after a lengthy illness. She was 85 years old.

Barbara was related on her mother’s side to Harry Truman and her father was a precinct committeeman in Phoenix. Naturally, she grew up to become a political activist. She liked to tell the story of her grandfather who referred to the family as “Yellow Dog” Democrats, meaning “a dirty yellow dog would be better than electing a Republican”.

Like many of us, Barbara put politics on hold while she raised her family. With a passion for the environment and a Masters Degree in Environmental Education from the University of Arizona, she spent 3 years at Camp Cooper. She taught children in the elementary and junior high grades for TUSD.

After retirement, she and her husband moved to their home along a creek at the base of the Chiricahua National Park in the Sulphur Springs Valley in Cochise County. For ten years, they enjoyed a wide variety of birds and other wildlife.

After her husband’s passing, Barbara stayed on for eight more years, becoming ever more active in fighting Tea Party activists who were infiltrating the secluded valley she loved. Finally, she moved back to Tucson and became a PC.

She held a variety of elected LD offices. For six years she served as secretary for LD 28. After the statewide reorganization in 2011, she served as the 2nd vice-chair for LD 9 where she delightedly became the organizer in chief of parties. Many of us remember her sharing the party information in the form of songs, often borrowing well known tunes to sing her rhymes.

She was an active promoter and organizer of a Wine Tasting fundraising event and recently, helped organize our Holiday parties. Perhaps her most demanding contribution came from her active participation and organization of the overwhelmingly successful St. Patrick’s Day Dinners hosted by LDs 9 and 10. Her meticulous notes and lists remain to help us organize another event in the future.

Barbara was elected to represent LD9 on the Pima County Democratic Party Executive Committee. She was an active state committee member, never missing a meeting even if it meant catching a ride and staying overnight in far away locations. She was frequently seen at events collecting petition signatures for initiatives and Democratic candidates. Until an illness forced her to step away, she worked as a volunteer every Wednesday for four years at the front desk of the Pima County Democratic Headquarters.

Barbara attributed her success as a PC to the personal relationships developed within her neighborhood. Riding her 3-wheel bicycle, she would “walk her dog” Bruno, stopping to chat with new and old friends along the way. Her neighbors recognized her as their Democratic representative knowing that when they called, she would help them with the ballot, explaining the roles of each office or the responsibilities for each position. Barbara would say, “Boots on the ground and personal interaction make the best PCs. Reach out neighbor to neighbor. We all benefit when we a share a spirit of knowing and helping our neighbors”.

Plans for a Celebration of Life are being made. 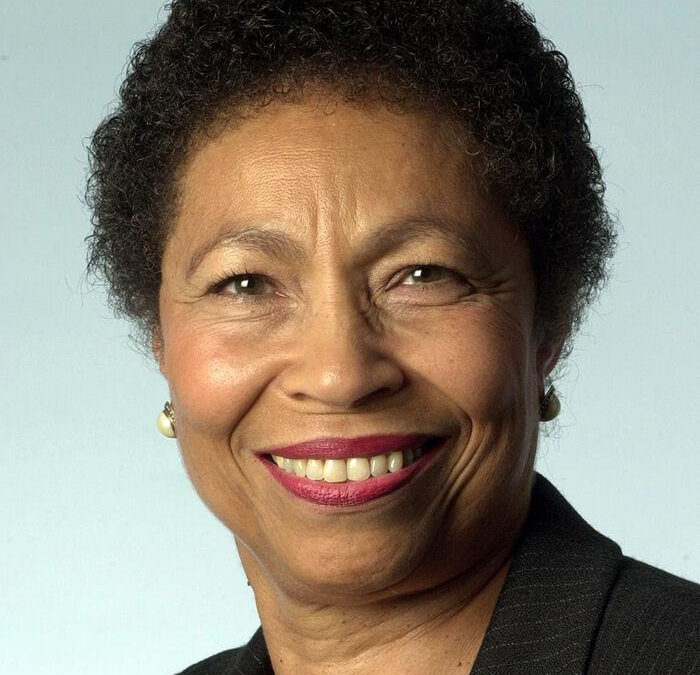 Democratic lawmaker and Tucsonan, Herschella Horton truly made a difference in the lives of Arizonans. In 1989, there were only a handful of women elected to the Arizona State Legislature; Herschella was one of them.

Herschella Horton called Tucson her home for more than 60 years, and in that time she served on countless Boards and worked with countless community organizations. So many of these organizations and people will feel her loss in the coming weeks. Herschella truly was a tireless advocate for education, healthcare access, and jobs.

Her children said in a statement:
While we are devastated by this loss, we take great pride in knowing the difference she made in our lives and the lives of the countless Arizonans she helped through her many avenues of service.

Tucson and our diverse community will feel her loss. Service to a greater cause is rare these days. The Pima County Democratic Party wishes her family and friends peace during this time, and we strive to continue the good work she endeavored in.