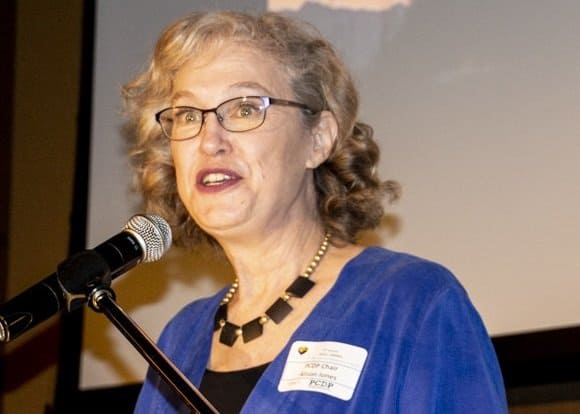 A friend of a friend,  “Chuck,” was a good Democrat all his voting life. But in 2016, when his candidate lost in the presidential primary, Chuck cast a protest vote for Trump. Despite Hillary Rodham Clinton’s impeccable qualifications; despite the fact that she understood the issues; despite her history of public service; despite the fact that Trump is a sexual predator, a racist, and lying liar who can’t stop lying. Chuck looked at the options – and voted for Trump. I will never understand his decision.

Chuck wanted change. We all do. Chuck wanted that change NOW. He got change, all right, but in all the wrong ways. What is important is that we never stop working toward the change we want. Patience, or downright stubbornness – that’s what it takes.

For a lesson in perseverance, I give you EXHIBIT A: the extreme radical right. They began their quest to put one of their own in the White House more than 50 years ago. They were patient, they were methodical, and they approached their strategy with surgical precision. They started with school boards, moved on to city councils, and took over state legislatures. They carefully crafted their messages – many of them lies, but that doesn’t matter to them – and stuck with them. They coined clever, insidious phrases like “Right to Work,” “Compassionate Conservatism,’’ and “Pro-Life,” which masked their real objectives.

When they lost elections, they stayed in the background, manipulating and building. They won in incremental steps over DECADES. They weakened the greatest middle class in history, while making its members believe the right was on their side. They made it harder for people to support their own families, they made it harder to vote, and they made some votes count more than others.

They fanned the flames of racism by pretending it did not exist. We became the only First-World nation where you can go bankrupt if you get sick. They denied science and the value of education, replacing them with religious dogma. And somewhere along the way, corporations became people and money became speech.

They didn’t give up. We won’t either.

They didn’t win overnight. We won’t either.

I am hearing concern about our Democratic Presidential primary, about Pelosi vs. “the squad,’’ other ideological differences within our party, and what that means for us 2020.  Just google the words, “Democrats divided” and you’ll see what I mean. Pundits are casting doubt on our ability to win. And elected officials are asking me if we are going to be together in 2020. My answer is YES!

Each of us will have a choice in the 2020 general election: vote for incompetence and Trumpian malevolence in its many forms – racism, cruelty, misogyny, xenophobia, nepotism, cronyism, voter suppression, fascism – or. . . vote for a complex, flawed human being who may differ from you on some issues, but who shares at least some of your core values.

This is not an oversimplification. If a progressive wins the primary, moderates must move to the left – or we lose. If a moderate wins, progressives must move to the center – or we lose. Sitting on the sidelines is not an option. Protest votes are not an option. Working hard for the candidate you want and being prepared to vote for one who is not your first choice – that’s the democratic process in all its messy, fragile, imperfect, high-maintenance glory. Please remember this as you watch the debates.

I hear that Chuck has wised up. He never believed his protest vote would amount to anything. He thought Trump couldn’t win. We know better. It was a hard lesson.