The good news is that we do have a path to victory: Independents. This election and every election going forward, we are going to have to reach out to Independent voters and explain to them why Arizona needs a Democratic Governor, Secretary of State, Attorney General, and Treasurer, as well as our legislature, and every office up and down the ballot. If we don’t win, women in this state will continue not to be able to get legal abortions. Public schools will have to shut down because they no longer have funding. And, without common-sense gun laws, our children in school are at risk of being killed as we recently witnessed in Texas.

The LDs, as well as PCDP, have started reaching out to voters. If you haven’t already, make sure to check out the recordings of our Discussion for Democracy series with Democratic candidates here on our website: https://pimadems.org/discussion-4-democracy/

The Arizona Democratic Party State Committee meeting was held in May. The Pima County Democrats hosted Chair Raquel Terán. This was a hybrid meeting, so Chair Terán was at Headquarters, and we had a watch party. The Chair also wanted a day of action that was hosted by Mission for Arizona. The morning of the State Committee Meeting, Pima County PCs and volunteers knocked on approximately 600 doors.

As we all know, it takes money to win elections. To that end, PCDP has been hosting First Wednesday fundraisers at local venues with outdoor patios. At each of our First Wednesdays, candidates and elected officials have been in attendance to keep us informed of their campaigns and what is happening in the legislature. Our last First Wednesday was June 1 with both Secretary of State candidates attending.

Regarding fundraisers, Udall is BACK! Mark your calendars for September 17. We will be holding Udall in-person at Desert Diamond Casino. We are in the process of getting a very special keynote speaker. Look for more information in the next month regarding Udall and our keynote speaker. I promise you won’t want to miss this event.

June did not end well, with the Supreme Court overturning Roe v. Wade. Now the ability to protect the right to an abortion has passed to state legislatures.

We have an opportunity to really turn Arizona BLUE. But, we need your help. We need you to volunteer with your Legislative District to help get the vote out. Republicans have an army that is going out to ensure that their candidates get elected. If that happens, democracy will be gone in this country.

If you can’t volunteer, please consider donating to PCPD to help support our “Get Out the Vote” projects. PCDP and the LDs are the foot soldiers for our candidates. Together we can do this.
https://secure.actblue.com/donate/pima-county-democratic-committee-1

Sign petitions to protect abortion rights, voting rights, migrant communities, to end predatory medical debt, and to get dark money out of our elections!

There should be at least one notary available at this event, so make sure to bring your signatures! 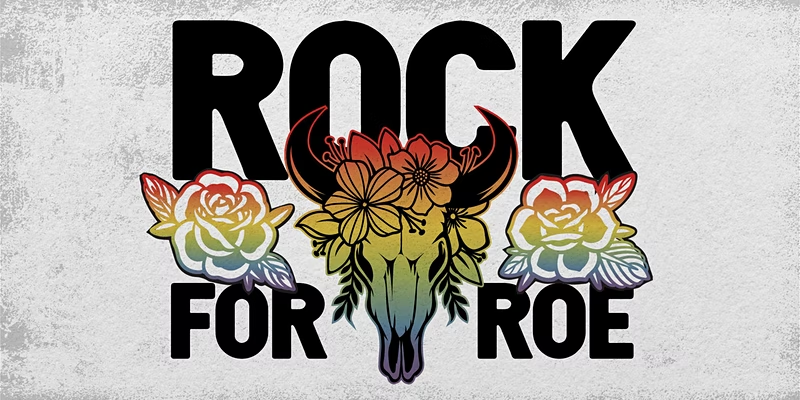 Help PCDP set up and manage a table at a special “Rock for Roe” event at Hotel Congress!

We’ll need an additional volunteer to help set up the table and chairs at Hotel Congress and man the table until 9pm.

This will be a great opportunity to speak to voters about the importance of this year’s midterm and how they can get more involved with PCDP.

We’ll be updating this post throughout the day as we get more information about events going on around Pima County.

The Supreme Court has taken a giant step backward for human rights in its ruling on the Dobbs v Jackson Women’s Health Organization case. In this decision, the Court has effectively vacated the 1973 Roe v. Wade decision which gave American women and families the ability to decide when to start a family without fear of arrest or death…which is what happened to my grandmother.

My grandmother, after giving birth to my mother only 11 months prior – found herself pregnant again. She already had two small children when my mother came along. She and her husband (my grandfather) chose to have an abortion. The only option availbale to them at that time was a “back-alley” abortion; my grandmother lost her life during this back-alley abortion, leaving my grandfather with an 11-month-old and two small children. This tragedy had generational impacts that rippled through my family which can still be felt today.

The Court has rolled our country back to the dark ages of forcing women to have back-alley abortions like my grandmother had. Red state after Red state, has already approved legislation that would outlaw abortion when triggered by this decision. The Justices that decided the fate of millions of women today are mostly conservative men and a woman raised in an organization described by scholars as a “religious cult.” Women have autonomy over their bodies and are the only ones who should decide if and when to end a pregnancy.

This is outrageous. We must focus on the Arizona State Legislature, the Governorship, and all the other state offices in the soon approaching, and incredibly important November midterm election. This election will decide whether Arizona becomes a state which returns to the barbaric dark ages of abortion restrictions, or becomes a state that respects the decisions of women to terminate a pregnancy. The Legislature and the Governor can decide to put up roadblocks to abortions, or humanely create mechanisms by which women who need abortions are able to seek medical care safely and without fear of reprisal.

WE decide who will be elected in November. This is one of the best possible reasons to vote for Democratic candidates for these positions in 2022. I implore all of us to get to know our local candidates running for Legislative Districts in Pima County, and all other local and state offices. I implore all of us to get out to vote in November and make sure that we elect both a governor and a legislature committed to protecting a woman’s right to choose.

Bans Off Our Bodies Events