This calendar only lists events sponsored by PCDP and its official Democratic Party groups. Please see candidate pages for links to their calendars.

We are working on a page of other calendar links. 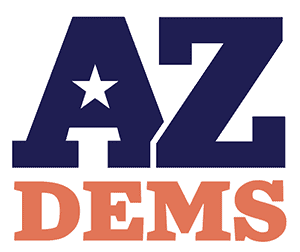 Come hear Stacey Abrams discuss what is being done to achieve Fair Elections across America.

Stacey Abrams is a New York Times bestselling author, serial entrepreneur, nonprofit CEO and political leader. After serving for eleven years in the Georgia House of Representatives, seven as Democratic Leader. In 2018, Abrams became the Democratic nominee for Governor of Georgia, winning more votes than any other Democrat in the state’s history. Abrams was the first black woman to become the gubernatorial nominee for a major party in the United States, and she was the first black woman and first Georgian to deliver a Response to the State of the Union. After witnessing the gross mismanagement of the 2018 election by the Secretary of State’s office, Abrams launched Fair Fight to ensure every American has a voice in our election system through programs such as Fair Fight 2020, an initiative to fund and train voter protection teams in 20 battleground states. 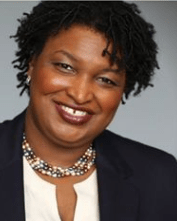 Submit events or changes to events to calendar.pcdp@gmail.com