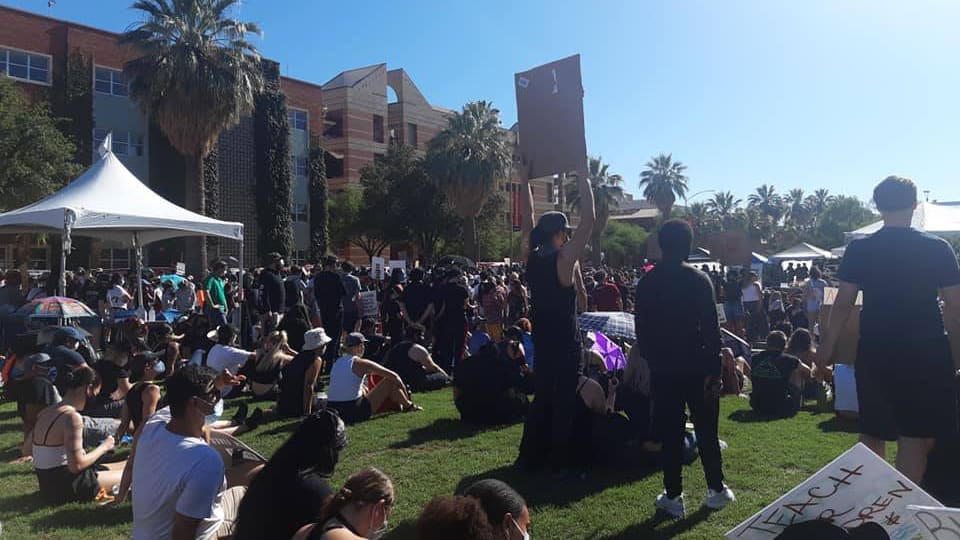 The Executive Committee of the Pima County Democratic Party meets monthly. I was asked to make an opening statement at the beginning of our June 8 meeting. Nerves are raw. Finding the words is difficult right now. Nevertheless, what I said was heartfelt:

I turned 10 years old in 1968. I remember well when Dr. Martin Luther King and Robert F. Kennedy were assassinated. As a kid with very little perspective, I felt like the world was coming to an end. The feeling that I had then is very much like I feel now. I know the world is not coming to an end, but the world as we know it might be. That’s bad – and good.

George Floyd was murdered by police – the latest of many. The protests, rage and destruction of property that have come out of this are a normal response to the injustice – especially for people who feel they have no other voice. As unsettling as the situation is right now, I would be more distraught if there was only silence.

The systemic racism that was the root cause of this murder is NOT new. It has always been there. It is built into our society, built into our institutions, and built into us. So when people say that the Floyd murder was shocking, I disagree. The murder wasn’t shocking at all. It KEEPS HAPPENING. The overtness of it all, the knee on the neck, the begging for air – it physically hurt to see it. But I am glad for that hurt. I am glad we can’t sweep this under the rug. I am glad for the conversations we are having, as painful as they are.

The COVID-19 crisis is not going away soon and it is causing another layer of hurt. We are at Great Depression levels of unemployment in the U.S. And in Pima County, at least 600 evictions are slated for June. Workers who upheld their part of the bargain and showed up for work each day lost their jobs because of a colossal failure of leadership. In the coming weeks, many of those people – and their families – will be out in the streets. Old people are dying in care homes without their families near them – and they don’t understand why. And as usual, people of color and the poor are the hardest hit.

Every month I feel grateful to be part of this body with all of you. But this month, I am compelled to say it out loud. In 1968, I wasn’t in a position to make much of a difference. But this time around, I intend to do everything I can. None of us is doing this work because we thought it would be easy. We are doing it because it’s hard. We have a lot of work to do, so let’s get to it.