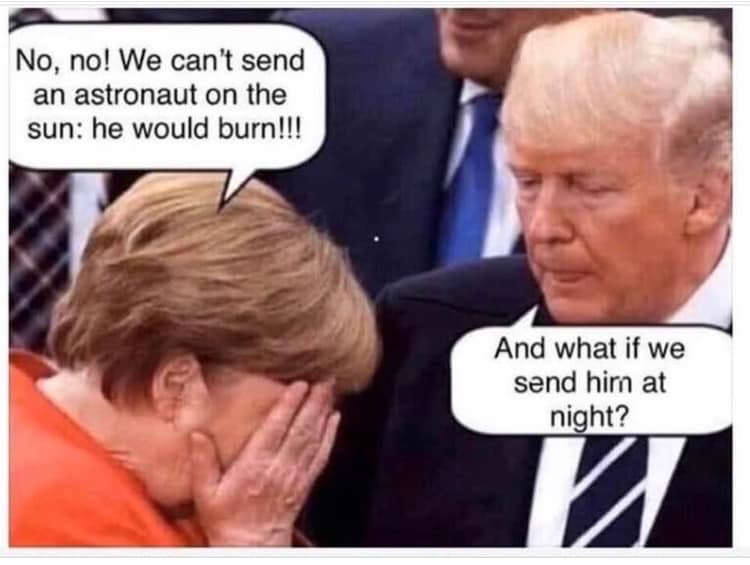 Democrats believe in science, which makes it hard for us to understand how some people are responding to the COVID-19 pandemic.

Disregard for science has been in the GOP playbook for  decades, and  it made Americans poorer, sicker, and more ignorant. My friend, the former Arizona State Geologist, theorized that evangelicals – in cahoots with the GOP – started the war on science to achieve one goal: ending a woman’s right to an abortion. His argument was compelling.

Since then, the GOP has denied anthropogenic climate change, even though 99% of climate scientists say the evidence leads to no other conclusion.

The GOP has gutted the EPA’s scientific review process.

It supports misguided anti-vaxxers and threatens public health.  Republicans blur the lines between church and state because it serves their agenda.

Some of the reason is financial; environmental stewardship is a cost that businesses must bear. Some of it is ideological; if you can get people to deny science, you can get them to believe outlandish conspiracy theories.

Some of these science denier wackadoodles govern Arizona. This YouTube video of Sen. Sylvia Allen (LD6) stating – twice! – that the earth is 6,000 years old, infuriates my geologic sensibilities. Adding insult to injury, Senator Allen chairs the Senate Committee on Education!:

I have said it before: Science made America great.  Denying science contributes to the decay of  institutions and programs that make our lives safer, healthier, easier, and happier.

A deadly pandemic was bound to happen. We could not have stopped it. But the failure of leadership to respond to the threat with a science-based plan will cost tens of thousands more lives than it should have. It will make poor people poorer. It will strain our economy and already-inadequate safety net programs. And it will rob us of people we love.

Various reasons motivate Democrats to political action, including education, civil rights, immigration, and health care.   I am a geologist, and fighting for science was my primary reason.   My resolve has never been greater than in recent months.

At a friend’s birthday party in mid-February my friends and I took a selfie, pulling a nice woman named Colette into the photo. We had just met, and all of us laughed  as we tried to squeeze into the photo. A month later, a mutual friend asked if I still had the photo. “Colette’s family would like to have it,’’ she said. “We think it is the last photo of her. She died last week from COVID.”

This is the reality when a nation’s leaders deny science.

What PCDP is doing to elect Democrats

Even during this time of social distancing, Democrats are engaging with voters. Our primary focus, and that of our Legislative Districts, has been to sign up Democrats for the Permanent Early Voting List (PEVL) so they can vote by mail. Already about 70% of voters already vote by mail in Pima County. PEVL voters won’t have to worry about social distancing or getting to the polls in time.

If you are not on the PEVL, please sign up. It’s easy. In the coming weeks you should receive a form in the mail. Just sign in, tape it closed, and put it in the mail to the Pima County Recorder. No stamp needed–postage is paid. Or you can do it now by going to servicearizona.com, clicking on the VOTER REGISTRATION button, and updating your voter registration. (You’ll need your driver’s license number to make the update on ServiceArizona).

PCDP will be hosting debates for our Democratic candidates for County Attorney (May 31), Assessor (May 30), Recorder (June 6), and Sheriff (June 7). Please check our calendar at pimadems.org or go to our Facebook page for more information. Of course, these will be conducted as webinars, and they will be recorded for later viewing. Our Democratic candidate for County Treasurer, Brian Bickel does not have a primary opponent, but will face a Republican in the general election. The Democratic candidate for Superintendent of Schools, Dustin Williams, is running unopposed.