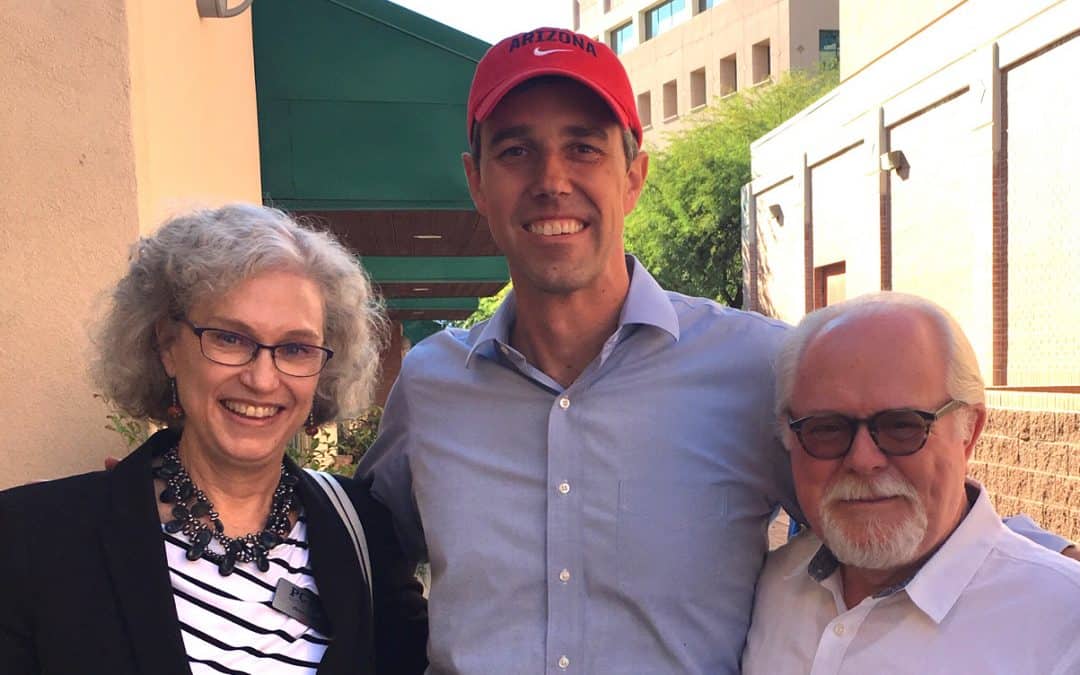 Tucsonans will soon receive their ballots in the mail for the city mayor and council races. And what a slate of candidates we have! Regina Romero, after serving 12 years on the City Council, is uniquely qualified and ready to take on the mayoral duties without skipping a beat. Folks around the country have been watching her campaign as a beacon of hope. As Tucson’s first Latina mayor, her election will make a statement about Tucson that we can be proud of: Our community is inclusive, and we recognize diversity, talent and hard work as some of our greatest assets. She is a forward thinker who understands that environmental stewardship and economic growth can, and will, co-exist in our city.

Lane Santa Cruz, Paul Cunningham and Nikki Lee all have excellent qualifications that will make them effective councilmembers. Please check out their websites. There has been some collaboration among these candidates, which augurs well for their ability to work together on the council. The demands of the job are huge. They are up to the challenge.

Prop 409 will be on the ballot. Our mayor and council have not received raises since 1999. The mayor makes $42,000; councilmembers make $24,000. Factoring in inflation, that’s like a 50% pay cut since 1999. Personally, I intend to support Prop 409 and vote for pay raises. My reason is simple: We want the best and the brightest to be running for these offices, and we need to pay them fairly. Otherwise, regular working folks who have the skills, but who are not independently wealthy, can’t afford to take on these jobs. Let’s make holding these important offices feasible for anyone who is willing to run and do the hard work.

Prop 205 is also on the ballot. This is informally referred to as the “Sanctuary City” initiative. The Pima County Democratic Party Executive Committee, Arizona ACLU, Planned Parenthood, Pima Area Labor Federation, and others have, endorsed the initiative. Some say that Tucson will lose state funding if it passes, but reading SB 1487 suggests otherwise. If passed, it will be an action by the voters of Tucson. It will not be “an official action adopted or taken by the governing body of a county, city, or town,” and thus does not allow the state to withhold state-shared revenues.  The proposition is not disrespectful of police. In fact, it supports them in doing the job they are hired to do while clarifying some of the parameters set forth in the City’s General Orders. Well-intentioned Democrats are split on this proposition – I get it. Responsible voters should research all of the background information, including SB 1070, SB 1487, the City’s General Orders, and the initiative language. I have.

Finally, we are grateful to presidential candidate Beto O’Rouke for being the first Democratic candidate to visit Pima County. He held a town hall at Gentle Ben’s near the UA campus on October 6. O’Rourke is from El Paso, Texas, an area with many similarities to Tucson. With Arizona now a battleground state, we can expect to see more presidential candidates in Pima County. There may be little advance notice, but PCDP will do our best to keep Democrats informed about these events.