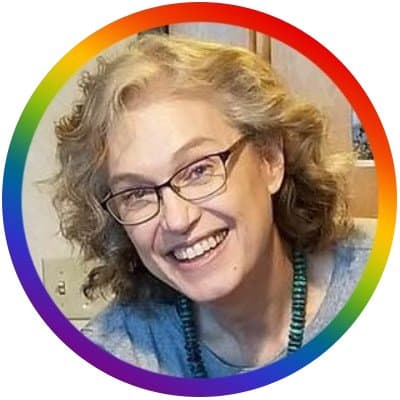 The candidates for Tucson’s mayor and city council are wonderful examples of how it’s done. They are everywhere, as the schedule of events accelerates toward the August 27 primary. PCDP’s bylaws prohibit us from endorsing candidates in a primary, but afterward, PCDP will be ready to get our candidates elected and the Tucson Families Free and Together initiative approved by the voters. We’ll be organizing canvasses and creating slate pieces for canvassers to distribute, hosting phone banks, and knocking on doors.

We hope you’ll attend PCDP’s July 18 mayoral debate, whether you’re settled on a candidate or remain undecided. If you’re the latter, a debate format should help you choose by highlighting the differences among the candidates. Christopher Conover from Arizona Public Media will moderate.

I attended the Santa Cruz River Heritage project kickoff this week. This project has been in the works for a while, and I have been fortunate to follow it because I serve on Tucson Water’s Citizens’ Water Advisory Committee. The Santa Cruz continually flowed until the 1940s, when basin-wide groundwater pumping lowered the water table to more than 100 feet below the riverbed. Now that 2000 gallons per minute of reclaimed water are being released, we can expect to see the river become urban habitat for all kinds of wildlife, while recharging the aquifer.

What amazed me at the opening event was how people were drawn to the water. They had to touch it and put their feet in it. It was an almost primal reaction. And it got me thinking that because we’re lucky enough to live in a city that has become a model for water conservation, we should be mindful of why we’re conserving by actively enjoying the very thing we want to preserve. Quality of life matters, even when the benefits are hard to quantify. Our mayor and council – all Democrats – “get’’ that.

The City of Tucson elections affect only part of Pima county, albeit the largest population center. But we’re also preparing for 2020, when we will have a strong challenger to the Republican District 1 Pima County Supervisor. I’m speaking to prospective candidates for other offices as well. To anyone considering running for office, let’s talk about it now. It’s not too early. And for anyone seeking other ways to get involved, consider becoming a campaign manager. Filling that position is one of a candidate’s biggest challenges. I’m often asked for recommendations, so if you have the skills, we’d like to hear from you.

Please check out our calendar. Maintaining it is a time-intensive job, as there is so much going on these days. I am so grateful to Philip Marsh and Lori Cinnamond, who maintain the calendar. I check it often to figure out where I need to be. If you have an upcoming event, email the information to calendar.pcdp@gmail.com to get it posted. The event doesn’t have to be a PCDP-organized event. And make sure you check out our training offerings, which are ongoing and fun! We had a full house at the Arizona Civics for PCs and PC 101 on June 29. The follow-up classes will be posted as soon as we get them scheduled.

Stay cool and stay hydrated as we head into monsoon season.