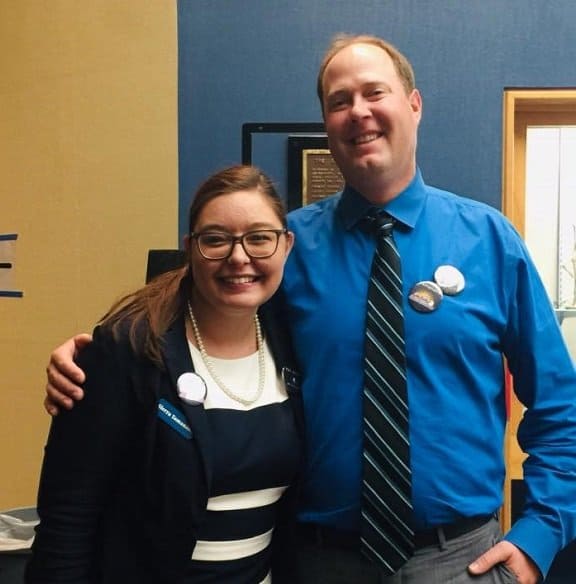 The role of National Committeewoman is simple: to represent Arizona’s interests and needs at the DNC’s semi-annual meetings, while learning from other states and national leaders. I will also serve as a delegate to the July 2020 Democratic National Convention.

But I want to expand my role to include an education-and-training piece for PCs across Arizona. I believe there is a disconnect between what the DNC is doing, what the ADP is doing, and what PCs hear. I hope to bridge that gap by explaining what the DNC does, and how it is helping and prioritizing Arizona.

I had the privilege of attending the DNC’s Winter Meeting Feb. 14-16 in Washington, D.C. Members from all 57 states and territories, as well as several at-large members, comprise the DNC. The members gather for council and caucus meetings before and after the general sessions. I attended the Youth Council, the Women’s Caucus, and the Asian American Pacific Islander (AAPI) Caucus, as well as the Budget and Finance and the Executive committees. Arizona was a topic in nearly every meeting I attended, either what we accomplished in the 2018 midterms or that we’re a priority moving forward!

Thank you all for your support! I’m happy to answer your questions, so please reach out: sierrayamanaka@gmail.com

PAT BURNS is the Arizona Democratic Party (ADP)’s first vice chair. He serves on the Democratic National Committee (DNC) and belongs to the Association of State Democratic Committees (ASDC). He attended his first DNC meeting Feb. 14-16 in Washington, D.C.

Discovering that the DNC has become a much more transparent body since the 2016 election, and that it has once again adopted a 50-state strategy, was a highlight of the meeting for me.  If the DNC invests everywhere, we have an opportunity to win anywhere.

I was pleased to hear Arizona mentioned in almost every meeting I attended. People have noticed not only our recent wins, but our potential for more. Whether it’s being a part of the road map to beat Donald Trump, winning another U.S. Senate seat or taking back our state legislature, the rest of the DNC knows what we know: Arizona is a battleground state in a region with many exiting things happening electorally.

Delivering the Arizona update to the DNC Western Region Caucus gave me a great opportunity to brag about the work we did that led to our success in the midterms, and about our future prospects.

At the Native American Caucus, we heard from newly-elected Rep. Deb Haaland of New Mexico, one of the first female Native American members of Congress, now chairing the House Subcommittee on National Parks, Forests and Public Lands. She talked about working with DNC Chair Tom Perez  to make the DNC more inclusive while she chaired the New Mexico Democratic Party.

Perez spoke passionately at the closing general session about our country’s real emergencies, not Trump’s manufactured one. He said that Democrats will win back the White House by shining light on our country’s real threats, and our party’s ideas for handling them.

I look forward to emphasizing Arizona’s role in the 2020 election cycle at the summer ASDC meeting. Don’t hesitate to reach out with your comments and suggestions: wpburns81@gmail.com.