Democrats on the Tohono O’odham Nation 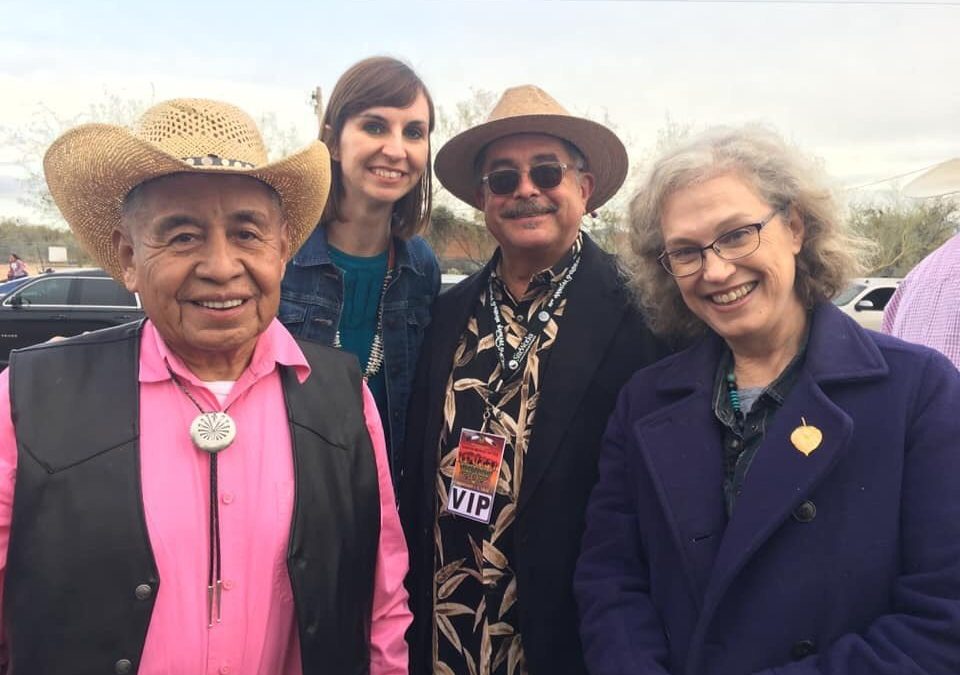 The big weekend begins with an early Saturday morning parade through Sells, and ends Sunday at midnight with a concert on the fairgrounds. There is an all-Indian rodeo, traditional games, singing and dancing, a Battle of the Bands featuring waila music, powwow, a basketball tournament, an exhibit hall, concerts, a carnival, and food, food, and more food.

LD4 PCs teamed up with a local community organization, Indivisible Tohono, to table at the fairgrounds. Community members had the opportunity to play a Plinko game to win stickers, buttons or candy by naming their federal, state or tribal representatives. Visitors enjoyed the game and prizes, and many enthusiastically shared their frustrations with the current political climate.

Issues that constituents brought to the table included the border wall, the increased militarization of Tohono O’odham lands, the federal-government shutdown’s impact in Indian Country, the concern for Missing and Murdered Indigenous Women (MMIW), and voting rights for rural communities.

Mark it in your calendar for next year! Everyone is welcome!